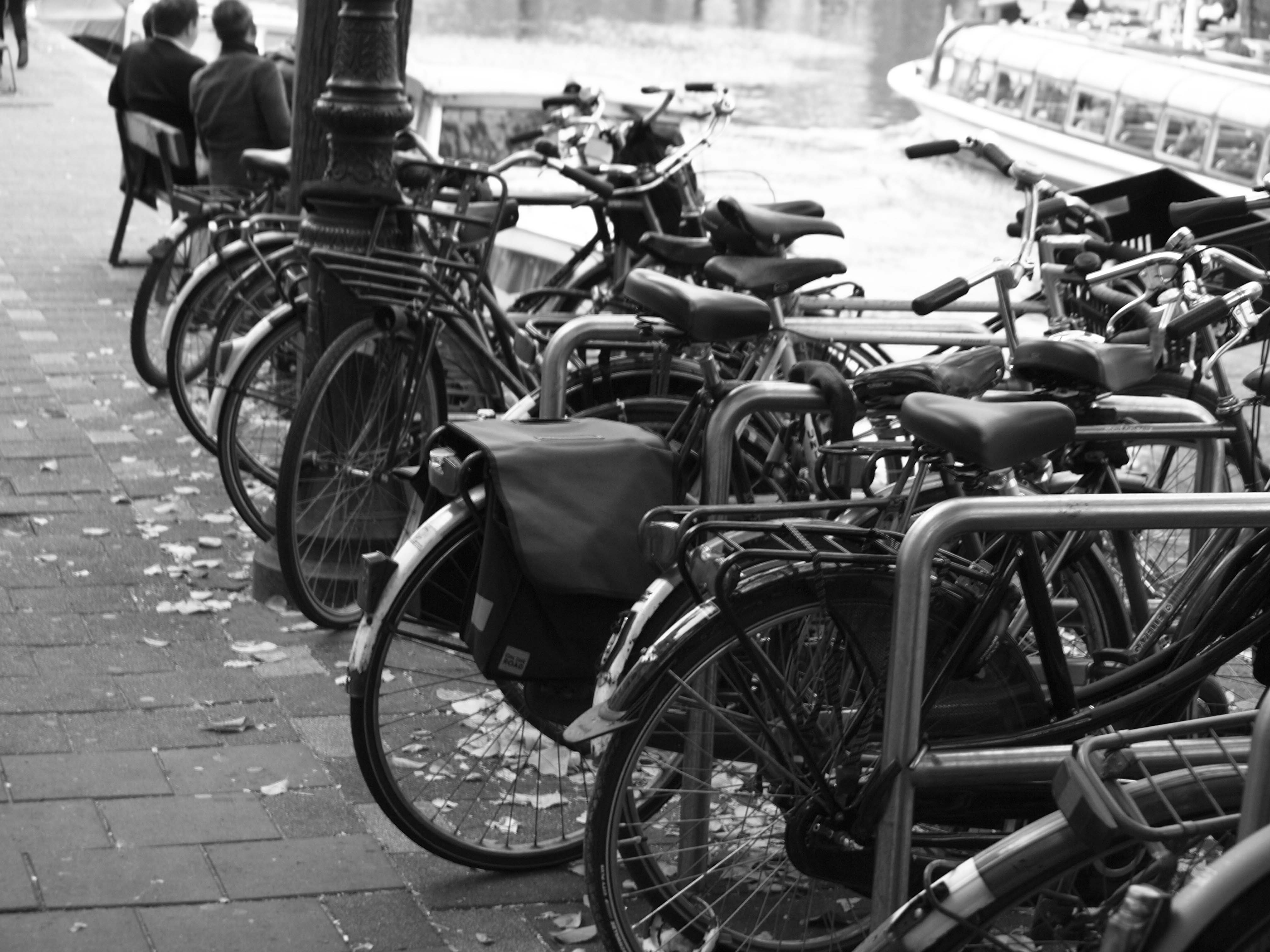 Trams in Amsterdam are fast and they go often. But if you can, rent a bike. It is cheap (8-10 € a day) and you use the cycle paths. Buy a popular bike tour of the city or go with your friend. When you have a free day, take your bike and go to the countryside. It takes 20 minutes to see green meadows and take photos of Waterland, north of the city. Ask for a map when you rent your bike.

In August you can visit De Parade travelling festival and its wonderful but short cultural performances. It takes place in an old fairground.

The Amsetrdam Roots Festival is the best of the world music. It takes place in June. The Kwakoe Festival in July and August is inspired by the Caribbean.

Do you want to discover the Red Light District and keep your trousers on at the same time? You can pay a tour of the Red Light zone at The Prostitute Information Centre or „PIC“ („pik“ means „dick“ in Dutch) – the ex-sex worker organization. Or you can go and discover urban legends with Randy Roy.

Being fast and frequent, there is no doubt that Amsterdam’s trams are great means of transport but if you have your legs all right and no incline to fall off the bike, rent it. 8-10 € a day won’t ruin your budget and you can use safe cycle paths. You can either buy a guided bike tour or just ride on your own. If you ride out of the city, in 20 minutes you will find yourself in the middle of green fields and won’t resist to take photos of the villages of Waterland. A city map is available at the bike hire place.

All kinds of art performances, including wonderful and weird ones, can be seen in August during the De Parade travelling festival that is held in an old-fashioned tent setting.

Do you want to taste the best of the world music? Go there in June to enjoy the Amsterdam Roots Festival. In July and August the Caribbean-inspired Kwakoe Festival is recommended.

Are you starting to have some perverse taste? Or are you just curious about the Red Light District and you want to discover more? It can be possible even when you don’t take off your trousers! Just go to The Prostitute Information Centre or „PIC“ (what an allusion as „pik“ stands for „dick“ in Dutch) run by ex-sex employees offering a weekly tour of the Red Light zone on Saturdays. Or choose Randy Roy offer to an enjoyable jaunt full of urban legends.