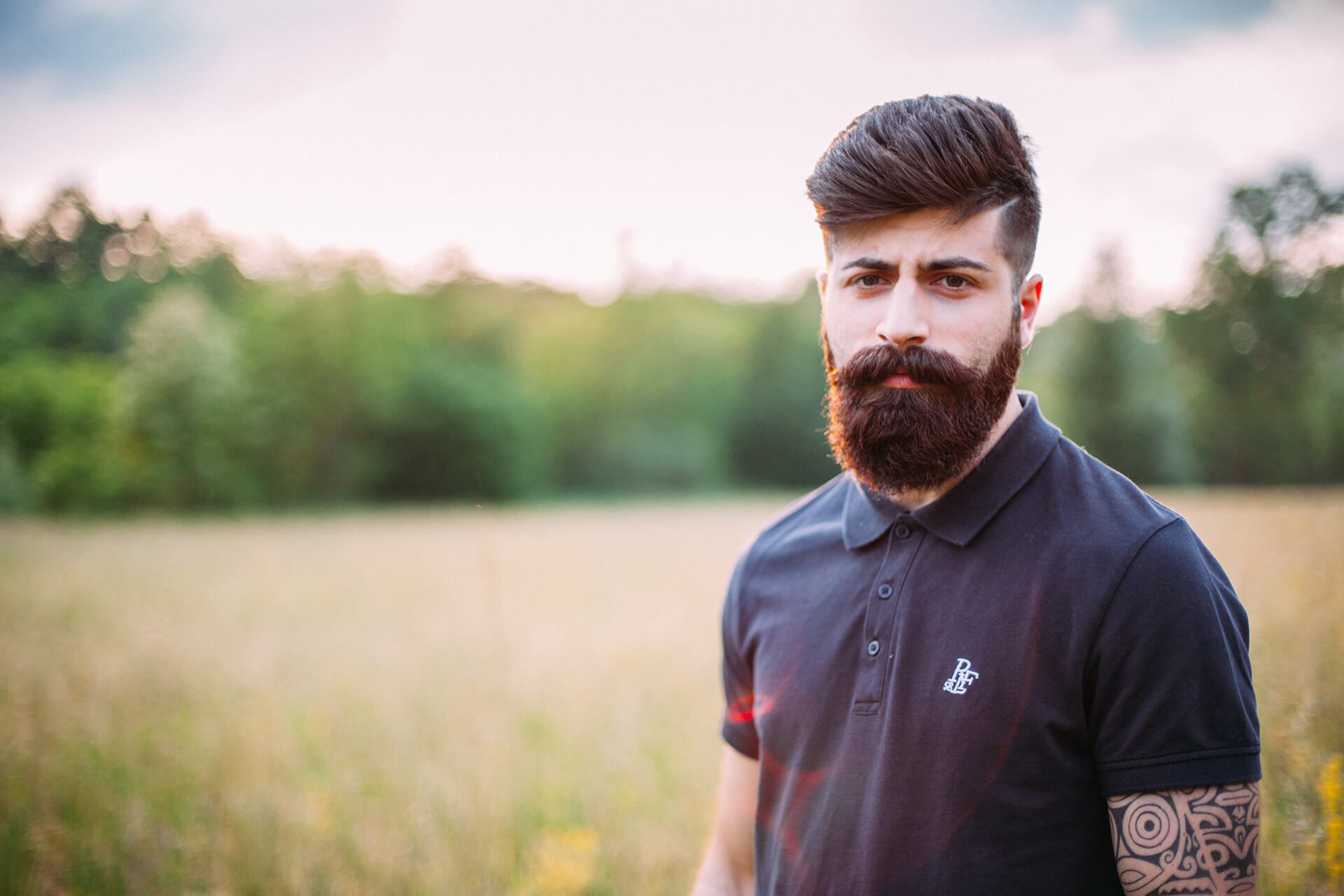 A male-model Christopher John Millington, born in Scotland, is famous for his big, lush beard. No longer. Now, he posts statements that “beard fashion” is over on social media. He uploads his new pictures along with this announcement. In these pictures, he is wearing a cowboy moustache or close-cropped stubble one.

This change is very surprising because this model started his career on the big lush and it belongs to his appearance. One can say that the reason can be the fact that Christopher is not so popular anymore. Everybody knows his “wild-man” look already and it is not new. Maybe, he does not get so many job offers anymore. So he must change his look and make himself more interesting for photographs. There we can see that the fashion business influences the street fashion. But the fashion business changes according to money flow. We can say that beards are not so interesting for money anymore so beards are out of fashion.

Model Christopher John Millington coming from Scotland was famous for wearing lush big beard. It is not anything surprising since almost every third male-model is wearing it these days. The inflaming news was his announcement a few weeks ago that this fashion is over. Consequently, Millington changed his appearance.

It must be mentioned that this model built his career on rich beard and so the change is rather surprising. A few days ago, Millington uploaded some photos picturing his new beard-styles. They are rather modest and small. In one picture, he is wearing a kind of cowboy moustache, in another one close-croppedstubble moustache. It might be supposed that it is not only about fashion and its changes but it is also highly possible that Christopher just wanted to alternate his appearance for being fresh and new for new career opportunities. Hopefully for him, it will work and he will be overwhelmed by new job offers.

True is that if he had been receiving job offers and calls all the time, he would not have changed the slightest point at his body. Since he changed his beard-look, which was a kind of his identification mark, there must be struggling and even stuck at his career. Here you can see how fashion industry dictates the street fashion. The social (which also means fashion) changes are tightly connected to capitalism and flow of money. Thus, it can be said that money are not interested in big, lush beards, which means that beards are definitely out of fashion.