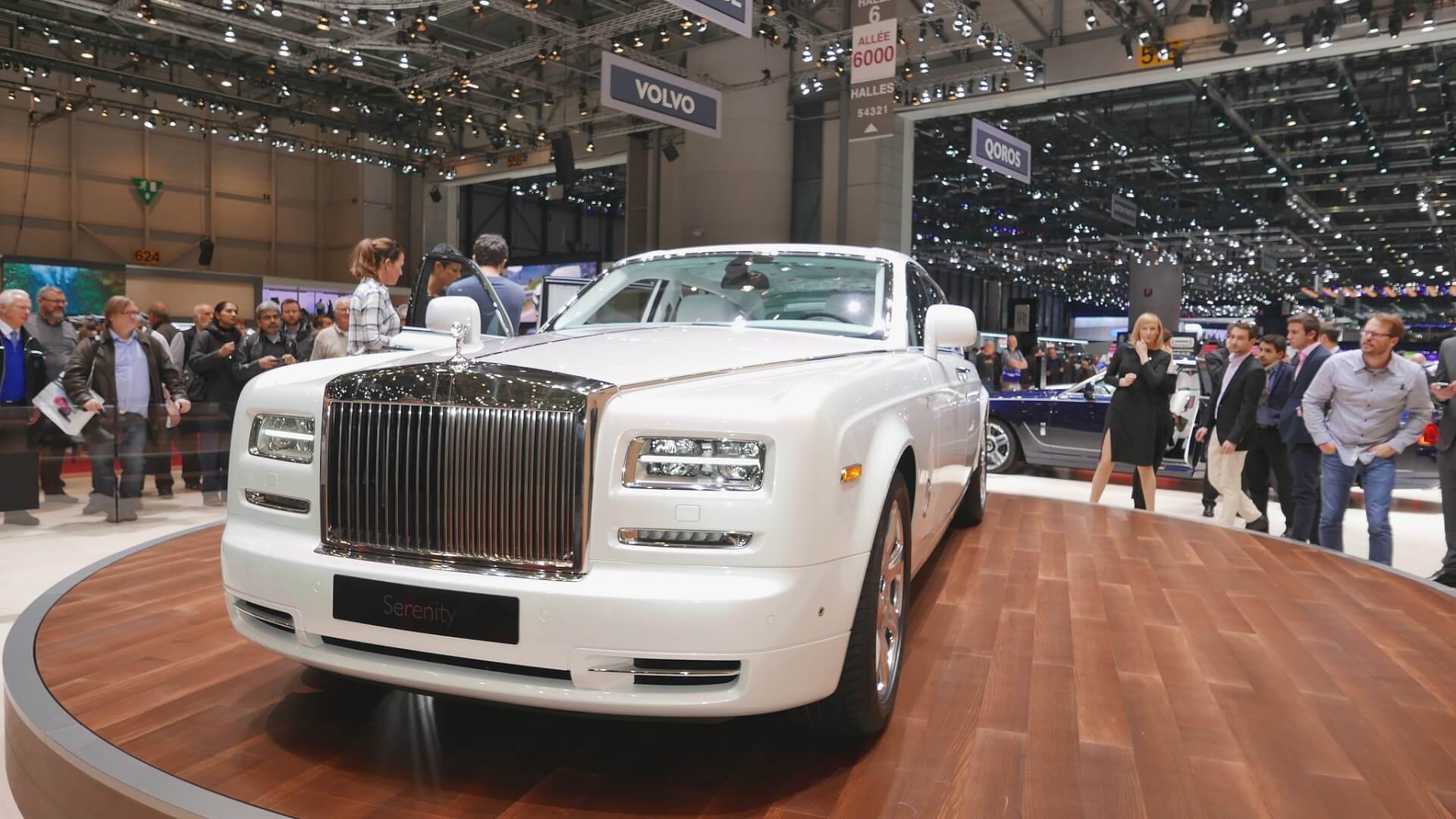 Rolls-Royce developed a new one-off model to be presented on the motor show in Geneva this year. Its name is Serenity and it was invented to celebrate silk, delicacy, symbolism – richness, power, and royalty. The luxurious cabins are now replaced by their modern alternative. Even though there are certain contemporary patterns, we may find Japanese traditional silk embroidery as well. Moreover, this time everyone expects Rolls-Royce to introduce its new car – a convertible version of its Wraith luxury GT coupé.

Rolls-Royce will set out to Switzerland and the 2015 Geneva motor show next month to introduce a one-off model named Serenity, which was built by the Rolls-Royce design team with a British firm whose ambition is to “set a new benchmark for luxury individualization in super-luxury motor cars”.

Primarily, this model was designed to celebrate silk, its delicacy, symbolism – wealth, power, royalty – and the difficulties which had to be overcome by even the best craftsmen when trying to manufacture it with the material.

The luxurious cabins of classic Rolls-Royces specified by the emperors are now replaced by their modern alternative, which combines Japanese traditional silk embroidery techniques with a number of contemporary features.

Everyone also expects Geneva to be the place where Rolls-Royce will introduce its next production car – a convertible version of its Wraith luxury GT coupé.

set out – to begin a journey
one-off – unique; happening, done, or made only once
benchmark – a standard by which something can be measured or judged
difficulties – hardship; something not easily done
craftsmen – men who practice a craft with great skill
emperor – the male ruler of an empire
embroidery – ornamentation of fabric with needlework
features – a prominent attribute or aspect of something
convertible – having a top that can be folded back or removed
GT – a high-speed, two-door model of a four-door sedan