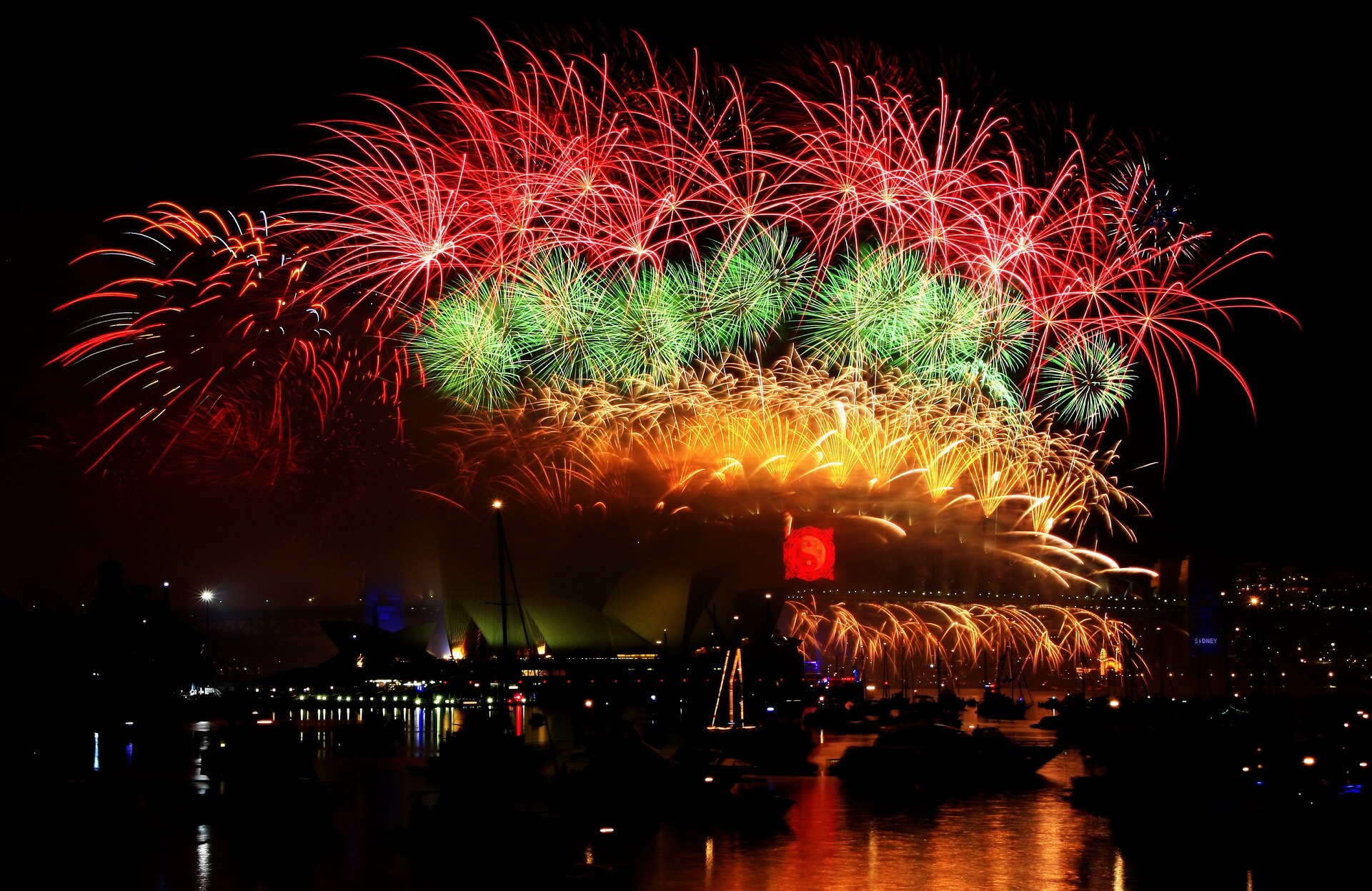 New Year’s Eve is the right time for party with your friends or family, but also is connected with magnificent fireworks. Almost every big city spends a lot of money to celebrate New Year’s Eve and prepares a spectacular show. Thanks to that show, cities can gain a big popularity and we have here some of the most famous places, where you can spend really amazing New Year’s Eve.

Madeira is a favourite place for summer vacation, but surprisingly it is also a really great place, where to spend the New Year’s Eve. You can look to the sky from a cruise ship or stay in the port of Funchal. You can be a witness of the largest display of fireworks in the world that is written in the Guinness World Records.

You can have a great time during celebrating New Year’s Eve in Berlin at the Brandenburger Gate. Every year almost one million visitors can see a spectacular show at night, but there is also a lot of fun during the day. There are live performances, party tents, laser shows and other options how to spend your last day of the year.

The most romantic way how to spend New Year’s Eve is traditionally going to Paris. And even better is to watch the show from a boat on the river Seine. A live orchestra entertains you during the ceremony. Don’t forget you need to be dressed appropriately.

Another European capital city with an awesome New Year’s Eve celebration is London. The best place to be at the midnight is Millbank Tower, because you can see everything from there.

There are many reasons for spending New Year’s Eve in Brussels. You can enjoy many parties in different styles around the city, where you certainly find famous Belgian beer.

You don’t have many possibilities to travel to Reykjavik, but you can try it the last day of the year. There are no official fireworks, but people of Reykjavik make great work and spend a lot of money to celebrate New Year’s Eve.

Croatia is a great place for summer vacations but you can experience there an amazing New Year’s Eve aswell. The best Croatian performers come to Dubrovnik and make an amazing show with a lot of music and fireworks.

In Vienna you can celebrate almost everything during the whole year. But Christmas and New Year’s Eve are simply special. There are two great places, where you should be the last day of the year – The Prater or City Hall Square.

One of the most romantic cities where you can spend New Year’s Eve is Rome. And there is one place, you should visit at midnight. It’s Imperial Forum. You can feel there the rich history of the city and also have a great time watching fireworks.

Czech Republic has also one great city, where you can celebrate New Year’s Eve. It’s Prague, the capital city of the country. You should choose Letná Gardens or stay near the bridges for your celebrations, because you have the best view from there.

There is at least one day of the year, you shouldn’t be alone. It’s New Year’s Eve. You should be somewhere with your friends or family and celebrate the past and look forward to the future. You don’t have to be at home, you can go to a party and go at midnight to the city centre to enjoy a spectacular firework.

If you like adventures, you can choose for your New Year’s Eve celebration Portuguese island Madeira. You can watch the largest display of fireworks in the world, so it’s really unforgettable experience. The ideal place to be at midnight is the deck of your cruise ship or the port of Funchal.

Berlin doesn’t sound so interesting but the last day of the year is amazing also in German capital city. All day long there are laser shows, party tents and live performances and at midnight at the Brandenburger Gate almost million people can watch an awesome firework.

For loving couples is the best place where to spend New Year’s Eve the capital city of France – Paris. The Eiffel Tower is even better with a background of fireworks. You can also watch the show from the boat and listen to live orchestra, another great experience.

London offers an incredible view of New Year’s Eve celebrations . The London Sky Bar is the right place if you don’t want to miss anything. You can see everywhere from your dining table with glass of champagne in your hand.

If you want to enjoy a lot of fun during the New Year’s Eve celebration, you should probably choose Brussels. Before midnight you can visit some famous places, such as the Atomium ot the Manneken Pis. At night, you can go to one of many parties in the city.

Reykjavik doesn’t offer official city sponsored fireworks or events. But that doesn’t mean, you can’t enjoy New Year’s Eve there. People of Reykjavik spend a lot of money to entertain themselves, so you can join them and have a lot of fun.

Croatia is a great place for summer vacations but you can visit it also in winter and join the New Year’s Eve celebrations. You should choose the city Dubrovnik because the most famous Croatian artists come there and entertain you the whole last day of the year.

Vienna in winter is really beautiful. And when you combine the scenery with the New Year’s Eve celebration, it’s even more amazing. You can choose between two places, where you should be at midnight – City Hall Square or the Prater.

Rome is one of the most romantic places, where you can celebrate New Year’s Eve. You can feel the historic background almost everywhere, beautiful lights and an amazing firework at midnight, that’s Rome.

Every year Prague provides beautiful fireworks and you should not miss it. The best view is from Letná Gardens or bridges across the Vltava river. You can also enjoy a lot of fun during the day, so give Prague a chance.

look forward (to) – expect or await
spectacular – impressive or sensational
prepare – To make ready beforehand for a specific purpose
adventure – An unusual or exciting experience
firework – a pyrotechnic display
experience – something personally lived through or encountered
deck – a platform extending horizontally from one side of a ship to the other
performance – an entertainment presented before an audience
entertain – to provide amusement
scenery – the appearance of a place
miss – to fail to see, hear, understand, or perceive