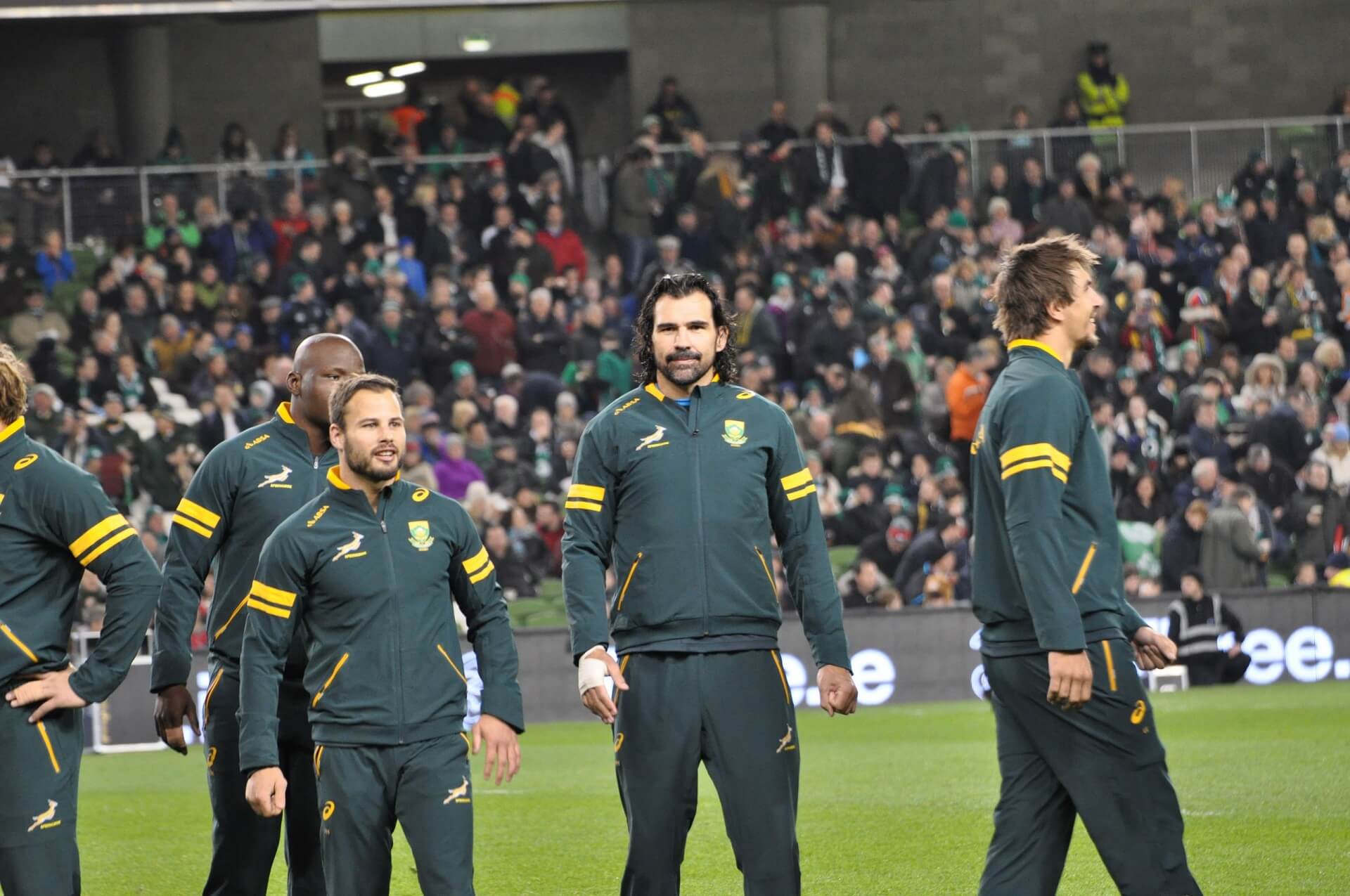 Heyneke Meyer, the coach of Springboks (South Africa national rugby team) is facing a big problem. He is being accused that he is racist and that he is giving more chances to white players then black players in national team.

Peter De Villiers, which was the first coach of Springboks wrote a text for internet newspaper, that Meyer dropped Cormal Hendricks and play Jesse Kriel out of position, just make a room for Jean De Villiers after his recovery from long injury.

Former black coach is convinced that this decision took the national team back to 80s, where black people were supporting opposite team, because of apartheid.

Meyer named only four black players for their game against Argentina on Saturday.

Meyer denied these accusations and said that he do not look at colour of skin and is totally committed to transformation of team and that he has great relationship with players. Even players do not believe these things that are written in newspapers. The most important thing for Meyer is to keep his integrity.

COSATU made a long statement and highlighted the “privileged position of white players” and pointed on example of Jean De Villiers comeback. They think, that anywhere in the world, this player have to play himself back to the team with great performance on the field after long injury. And they added that Jean is not in top form now, but still is on the field.

South Africa is now in Pool B and will play versus Japan, USA, Samoa and Scotland.

Heyneke Meyer is the rugby coach of South Africa. He came under strong criticism for being racist, because he is favouring white players over black ones.

Several players complained to the Congress of South Africa Trade Unions (COSATU). Peter De Villiers, who was first black coach of Springboks (which is the nickname for South Africa national rugby team) back in 2008-2011, wrote column criticising Meyer´s decision to drop Cornal Hendricks and play Jesse Kriel out of position to accommodate Jean de Villiers on his return from injury.

Peter De Villiers wrote: “This decision took us back to 80s, where black people supported opposing team, because of apartheid”.

Meyer countered, that it is not true and he has great relationship with his players and lot of them support him and saying it is not true what is in newspapers.

Meyer also added, that all in their team are South Africans and they do the best for the country. They support each other and that the most important thing for Meyer is his integrity.

South Africa suffered four defeats in a row, with only two black players on the field and three more on the bench in last lost game versus Argentina.

COSATU made statement, that “white players have privileged position” and pointed at the example of Jean de Villiers comeback. This player was sidelined after his major injury which happened back in 2014 game against Wales.

COSATU is claiming that any other player after this injury would have to make his way back to the team by playing great. This player is not in top form at this moment, yet this player just walked back into team.

South Africa is in pool B now and will play against Scotland, Samoa, USA and Japan.