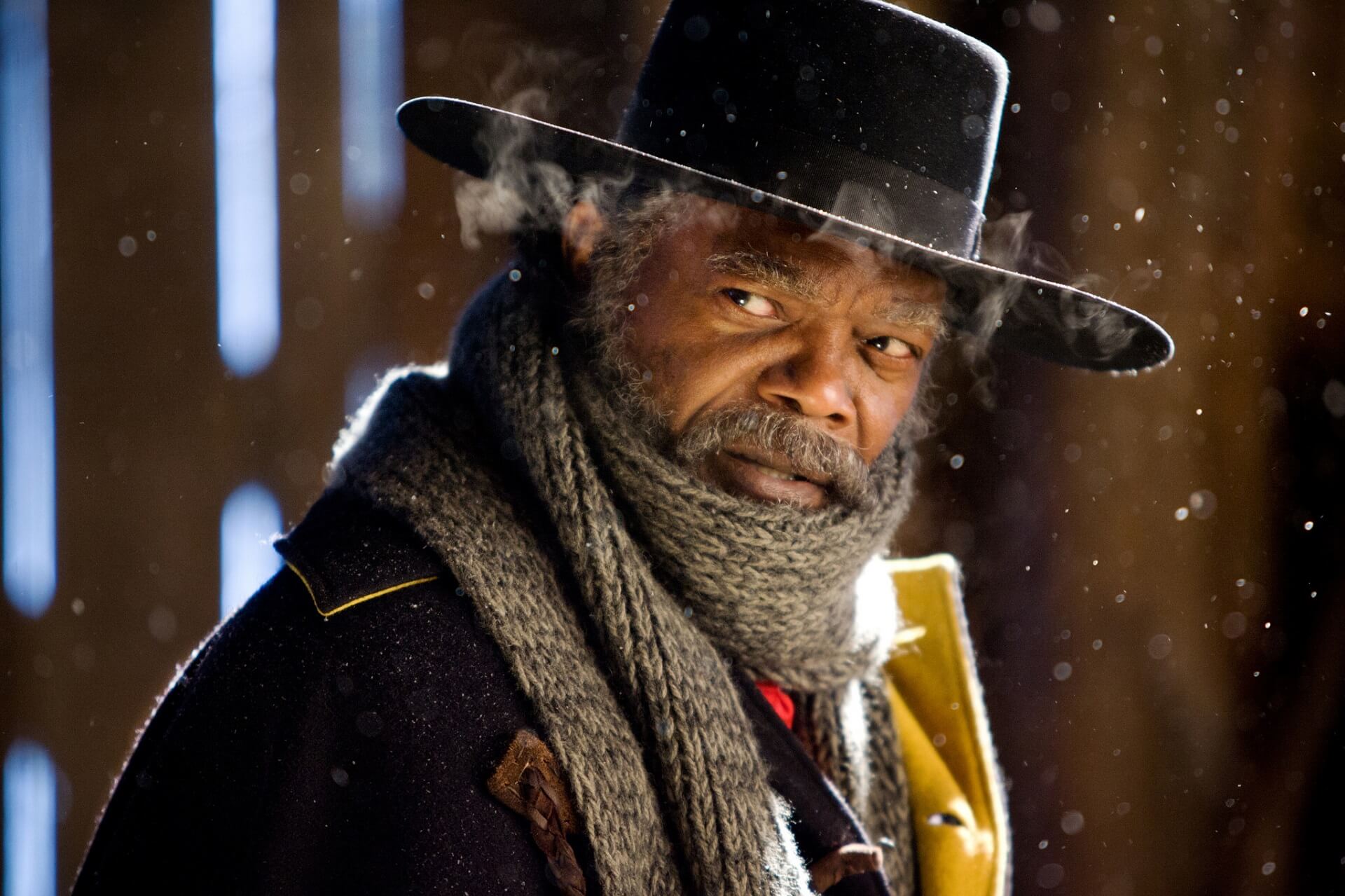 This is going to great movie again, were my first thoughts on The Hateful Eight. Yes, I admit, that I am fan of most of Tarantinos movies. The style of his 2012 movie Django Unchained, totally blew my mind. It was a Western genre movie, but it was different in so many ways, that in my opinion it had justified success on Oscars that year. Django won two Academy awards.
So when Tarantino announced his new movie and that it is going to be again Western, most of the people started to think, that he is able to top even himself and his Django Unchained. Especially with star cast like Samuel L. Jackson, Kurt Russell and many more.
While we do not know yet, if the movie is another success from Tarantino, the first trailer does not have the same prestige facade as Django Unchained. It is more tough and dark. Although Tarantino is going to shoot the movie on 70mm camera, which is great for wide screen, the trailer did not show any eye-popping moments. It is all about characters, their sharp knives and sharp wits, waiting for someone to make the first move. It might be “more of the same” or it might be another original hit from Tarantino. Only time will tell.

Tarantino’s 2012 movie Django Unchained took us on Western journey, but not to the West, but to the South in the 19th century. So many things in this movie were against the rules of this genre, but it still won two Academy awards. So when Tarantino announced that he was going to make another Western movie, The Hateful Eight, there were huge expectations from both – his fans and Western genre fans.
With stars like Samuel L. Jackson, Kurt Russell and many more, there were even more reasons to think that the director would top his best and he dominate the Academy Awards evenings with his anti-Magnificent Seven movie.
While we obviously do not know yet, if the movie is good or bad, the first trailer at The Hateful Eight does not have the same feeling and reputation as Django Unchained. It is tougher, grimier and it sets its cast up for some major bloodshed.
Quentin Tarantino and Harvey Weinstein are bringing this movie in 70mm, so it is going to be perfect for wide screens. But the first trailer does not show any eye-popping attractions. It is more about smart talking, characters waiting for the first move. Only future will tell if Tarantino’s new movie will catch us all unprepared.

Colin Trevorrow and his new movie